About the Sister City Program


In 1988 a visiting Scottish solicitor initiated interest in forming a sister cities link. Mount Dora Sister Cities Association, Inc. was registered as a not-for-profit Florida corporation in 1989 and joined by the Royal Burgh of Forres, Scotland in 1990. The association is supported by the City of Mount Dora Florida, membership dues, fund raising activities and an annual grant from the Mount Dora Community Trust. 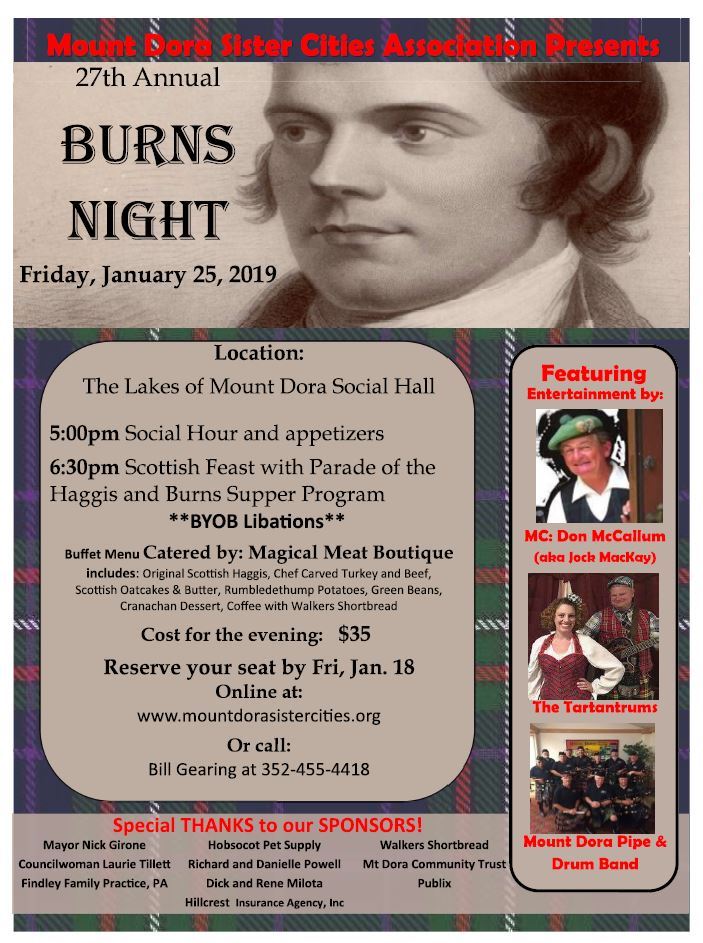